Yesterday we woke up and went on a boat tour of the lake as a group. This was absolutely amazing! Possibly the most fun I’ve had in Granada thus far. Lake Nicaragua has 365 or so islands throughout it, so we got to see a small handful of those. First we got to the dock and loaded our entire group on two boats and took off. We got to see islands with private houses on them, some with historical sites and some that had businesses (hotels and eateries). One that we visited was used as a fort to watch for pirates in order to protect Granada. But by far, the coolest was one with monkeys on it! Yes, monkeys. And one of them, named Lucy, got on our boat and we fed it. Our guide was a boss and apparently had a license that allowed him to do that. Then lastly we stopped on one for lunch and got to swim and hang out with the crew. The entire trip was so relaxing and beautiful.

Then when Charlotte and I got home our family was leaving for church, so we stayed home and showered and hung out. Then when the fam got home we went to dinner at Tip Top which is like KFC food with a McDonalds environment. For example, Dani (the 3 year old) was playing on the indoor playground for a while and then we look over and Carlos Sr. (my host dad) had just caught some pants. The source:Dani. I can’t say I haven’t gotten too hot or something and wanted to just rip my pants off in public, but I doubt my parents would have approved in the same way as Fatima and Carlos Sr did. Needless to say, Dani went the rest of the night in his polo shirt, underwear and tennis shoes.

Before we left for dinner though, Naya (our host sister who is here on a similar program but for social development) came home and told us a pretty priceless story. It was as follows: She was walking home from the lagoon and her shorts were wet from her bathing suit, so she took them off and was carrying them (what?). So while walking around in a shirt and bathing suit bottoms, some kids came up to her and she thought they were telling her to put her pants on. So she did, reluctantly and kept walking. The kids kept following her though and asking for money, so she walked a roundabout way to ensure that the kids didn’t know where she lived. So then she saw a car driving into a garage and told the people what was going on. Fast forward: she was invited in and talked to them for like 30 min and realized that two guys from our program lived with them. So she met them and ended up staying for almost an hour. How do these things even happen to people? She’s crazy, but awesomely hilarious! Reminds me a lot of Jasmine, for those of you who know her.

So easy to say, this Sunday will be remembered, but for better reasons than the All Time Low song. 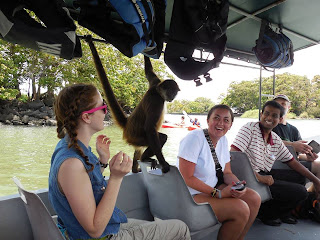 Heres Charlotte and Lucy and I :) 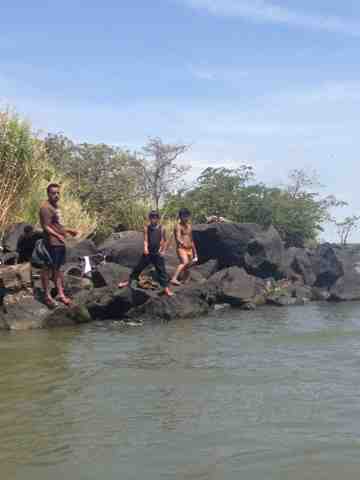 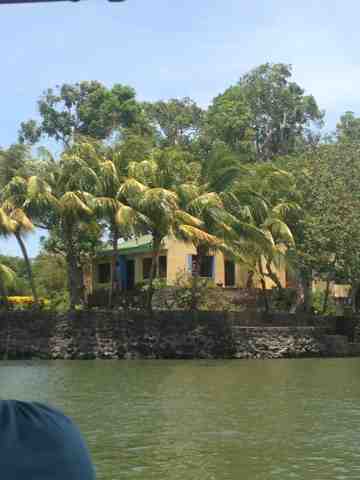 Retirement plan anyone? House on an island. 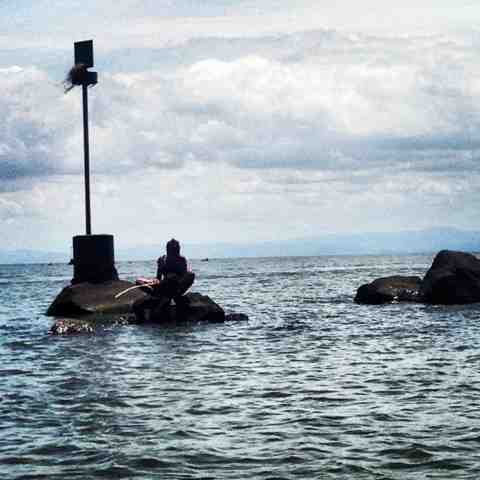 A guy sitting on a rock fishing. 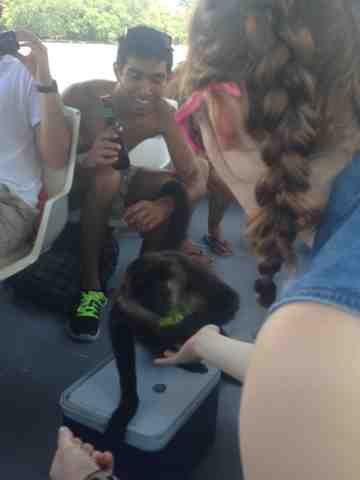 The monkey on our boat! 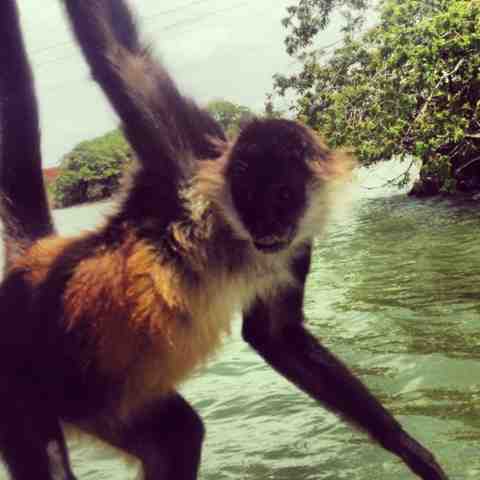